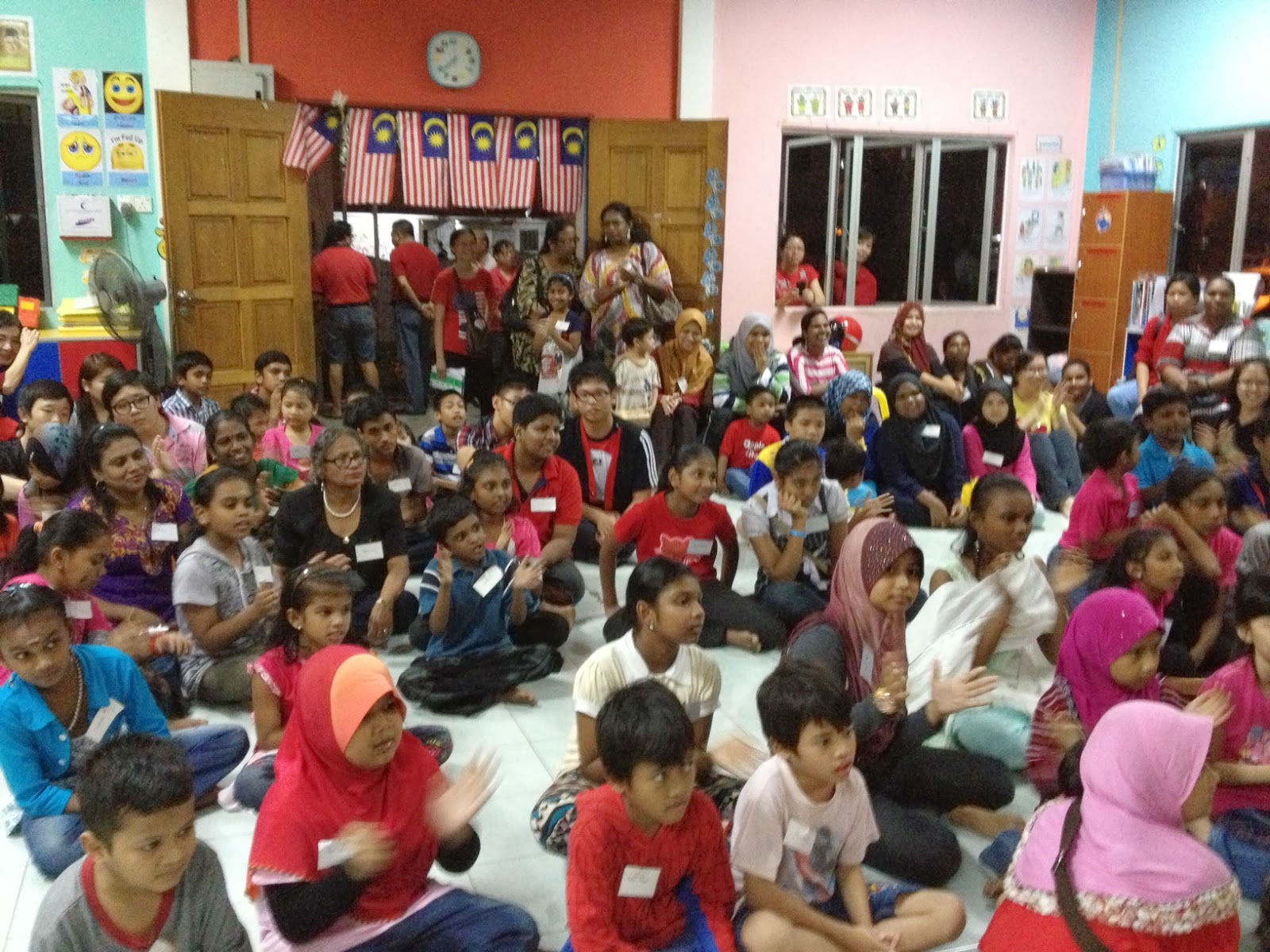 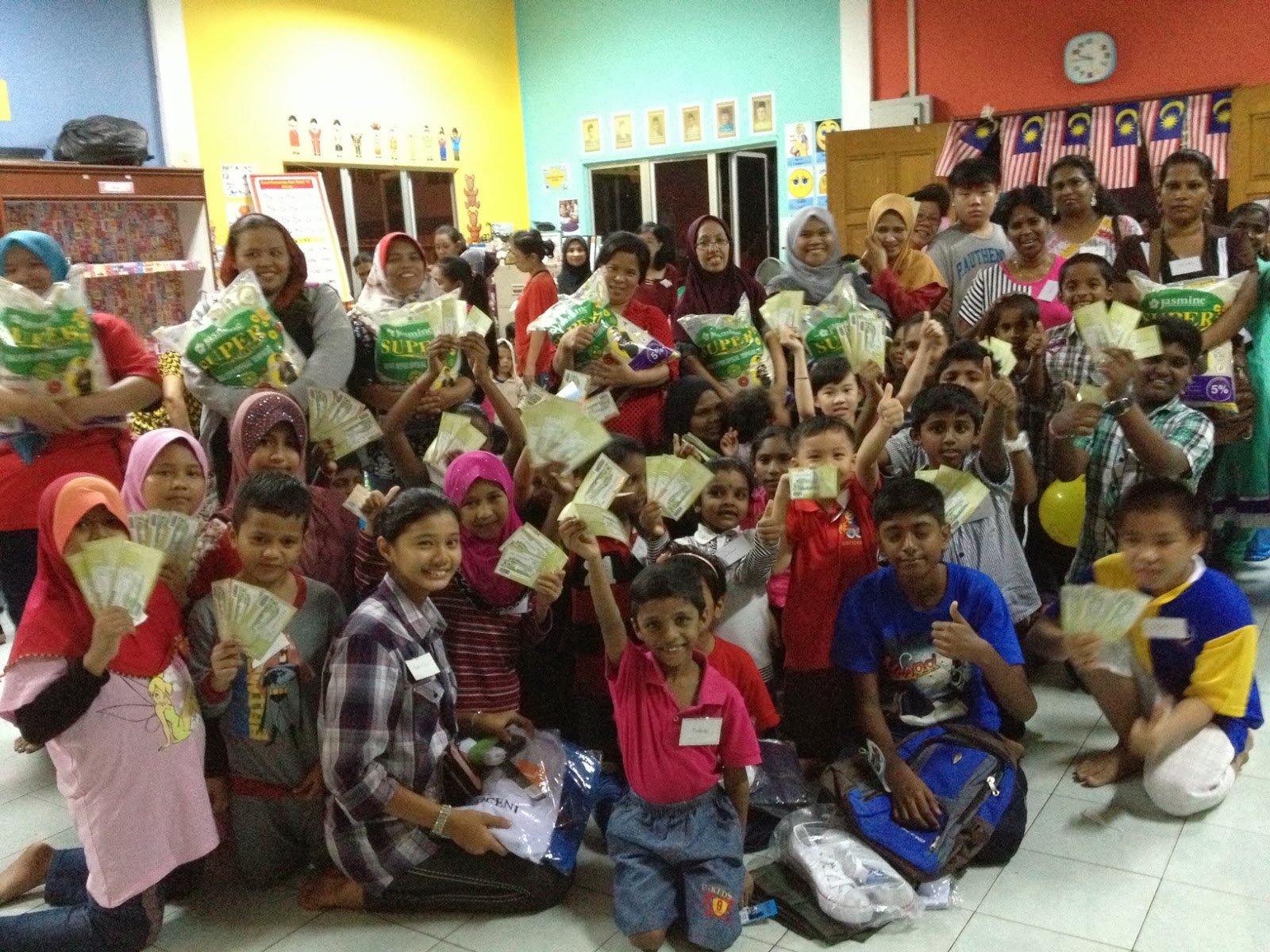 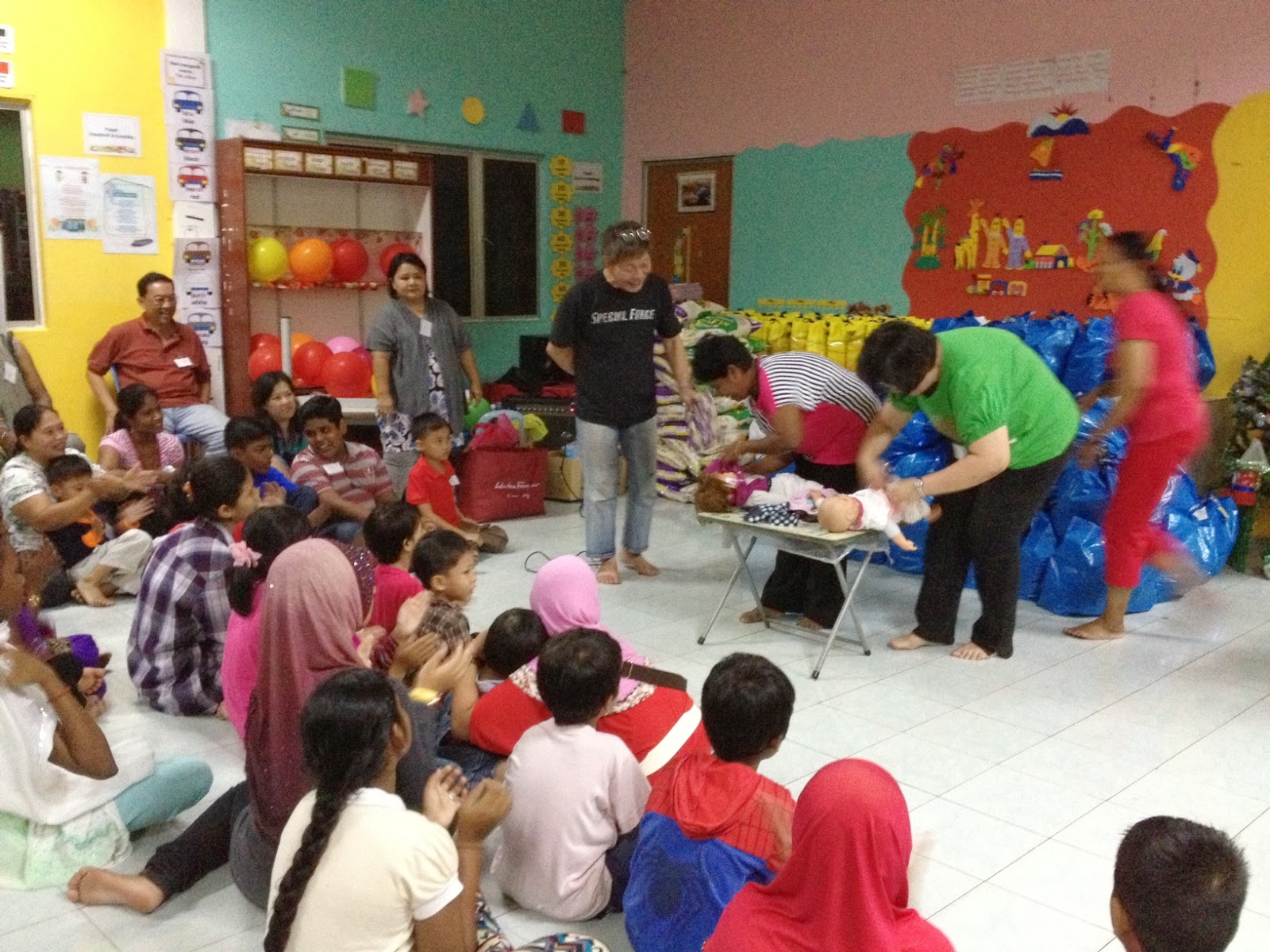 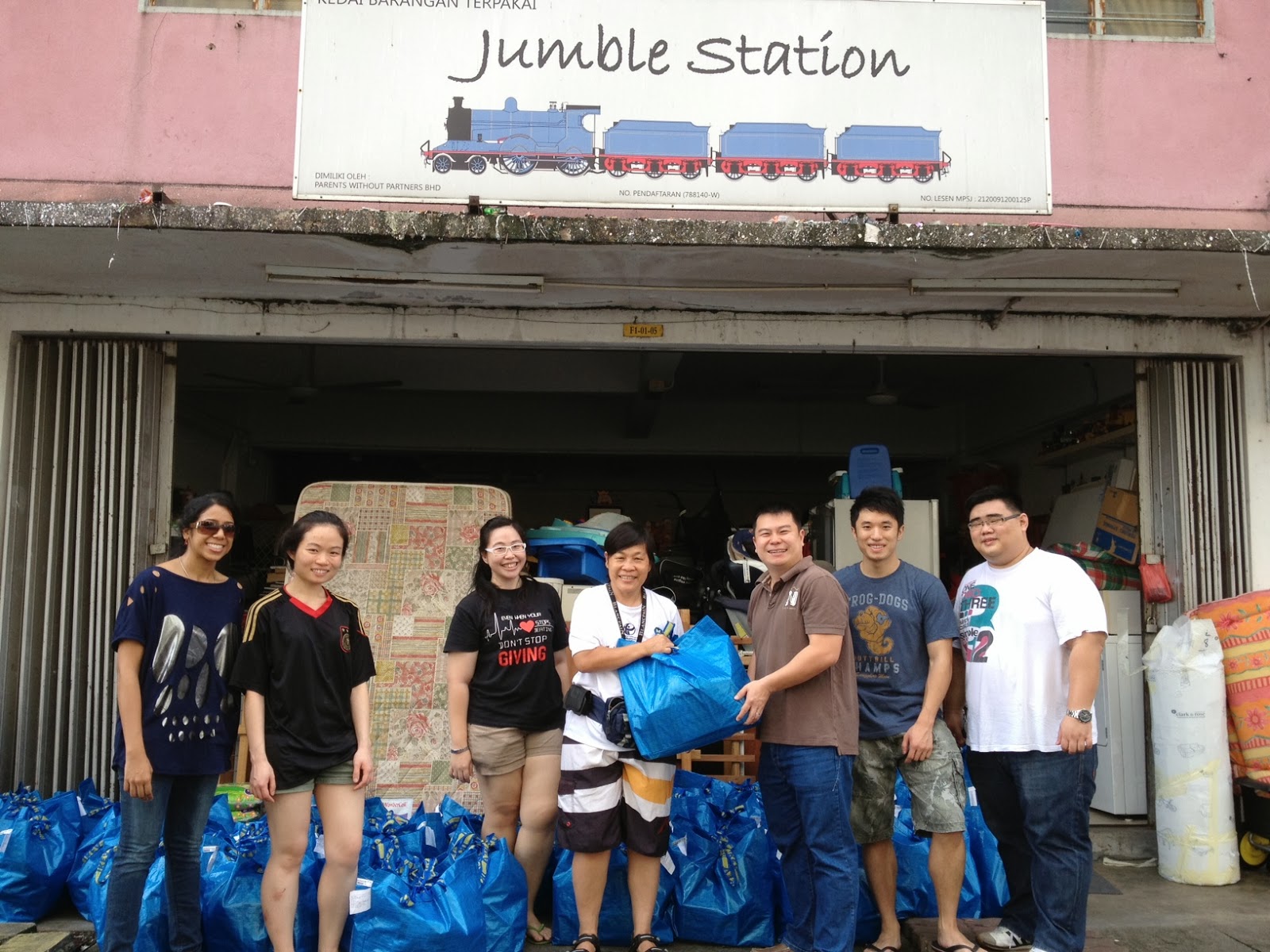 The event was made possible with the blessing of RM20,000 donation from Nestle as part of its Nestle Family Day event and that went towards the purchase of Mydin shopping vouchers for all the children’s school uniform, school shoes and a school bag.

While the kids were delighted with the RM150 vouchers they each got, the single mums, single dads and a few really poor families were delighted to be presented with a Mydin goodie bag and a hefty goodies bag plus a 10kg rice each from Pastor Ryan’s church in USJ 9 Subang Jaya.

The goodie bags, rice and the RM150 voucher each will definitely ease the financial burden of the parents during this long year end holidays and reinforce what Christmas is all about – reaching out to those in need with God’s Love and to spread his Joy to all mankind.
Posted by Jumble Station at 1:19 PM No comments: 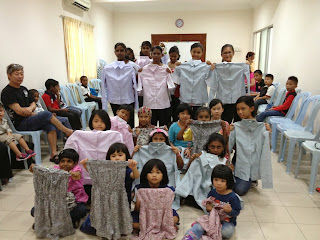 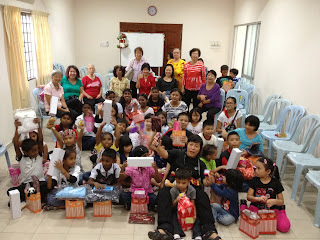 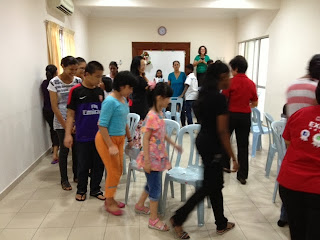 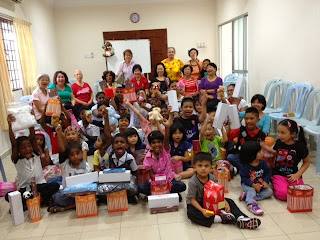 Some 30 kids from Desa Mentari and Angsana low cost flats were driven by bus to the YWCA Christmas party today and what a jolly good time they had indeed. The youngest was little Bella, only 3yrs old who despite it being her first time with strangers at a Christmas party, was such a little darling. She looked exactly like Dora the cute cartoon girl character that everyone just naturally called her Dora instead of Bella.

Well this little tyke needed help to carry her around while participating in some games and boy was she delighted to win a prize as well be blessed with a really cute Santa bear all for herself which the other bigger kids a trifle jealous! However, the other kids too had a fantastic time with the many lovely gifts and presents that the YWCA team members had prepared just for the occasion  – there were new T-shirts for the boys (well the sizes were big enough for their mums) and nice collared shirts and skirts for the little girls – plus goodie bag of sweets, toys and stationery as well as a whole box of chocolates for each child.

And yes, all the kids were sooo happy because they all went home laden with gifts and all happily said, they’d love to go again for parties should JS invite them again. It takes so little to bring such joy and excitement in these youngsters life and JS is happy to be the conduit for such lovely youngsters this Christmas.

Posted by Jumble Station at 12:13 AM No comments: 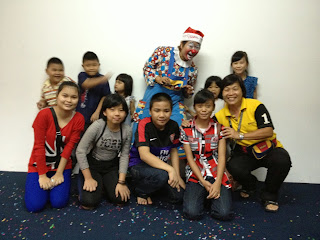 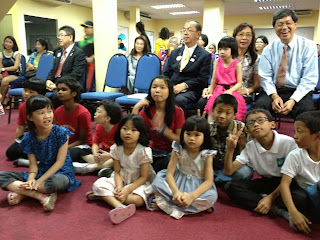 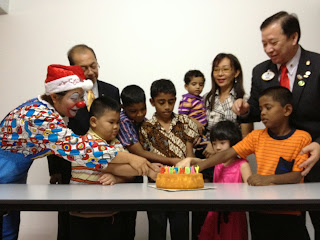 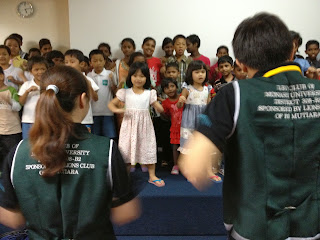 Christmas came early to some of our single parent kids and children of poor families from the low cost flat of Angsana Subang Mewah where Jumble Station is located.
The Lions Club threw a special Christmas party for the poor and underprivileged children and JS was asked to bring along 9 children for the event.

The kids that attended the event in SS19 Subang included Kelly, Emannuel and his sister Cornelia, Leyseree, Min Ming, Dion and two of the smallest, sisters Sheila and and boy they had quite an eye opening Christmas indeed.

Some of the charities that were invited put on their own performance – from an Indian dance to a modern hip hop dance, from a traditional Chinese fan dance to the cute little ABC dance of the little ones. The real shocker was the “Anti-Drug” pantomime which highlighted in graphic details the dangers of being sucked and conned into drug taking from mere cigarette smoking to swallowing ecstasy pills and injecting heroin amongst others. The masked deathly apparition was so scary it made one little toddler scream in fright.

For Dion, whose father has been hospitalized for some months after an accident, leaving his homemaker mother destitute, the party was a lovely surprise because he was among the few December babies who got to cut a lovely birthday cake with Teresa Kok and the Lions top leaders.

The other kids later stuffed themselves full of food – turkey, fried chicken, fried rice, fried meehoon, mixed veg, chicken curry and fried prawns but the icing on the cake was the goodie bags they each were presented with at the end of the party – it included a lovely new watch for each of the youngsters and boy were they sooo happy!

Naturally when it was time to say goodbye, the kids especially little Sheila and her sister Lydia all gave a very heartfelt hug of thanks for the rip roaring time they had with the Lions Club members from Subang Jaya and all around Malaysia who had made this event a special one for them.
Posted by Jumble Station at 8:53 AM No comments: