Capital TV zeroes in on JS

Business TV station Capital TV discovered that Jumble Station is a social enterprise, doing business where the profits are used exclusively for charity - in this case to help single parents who are in dire need - and invited us over early this morning for a quick morning talk at its studios located at Neo Damansara. Capital TV has been in existence for 2 years and is screened only to the subscribers of Telekom Malaysia's Unify services under its HyppTV programmes. It is touted as the 1st homegrown business TV channel in Malaysia offering indepth coverage of biznews, financial issues and bizlifestyle programmes. It broadcasts in full HD to TV screens on channel 420 HyppTV.

The morning talk host  got a very happy Adrian and I to talk about how JS helps poor single parents and how JS focuses on poor single dads as well as poor single mums. We were able to share why we chose to focus on single parents (they are always below the radar of the charitable public/org) and how Adrian is one example of how we mentor the depressed, the lost, the needy.

We also shared about how we try to empower the poor single parents to break out of their poverty cycle and how we conduct motivational courses to get them off to a better future with new skills and new mindsets. Adrian then shared about how with the help of JS he is able to discover a hidden talent in designing miniature clothes rather than merely focusing on real life dress designing per se. The entire TV crew were then left very ’s meticulously designed dolls that feature Malaysian traditional costumes which will go on sale early next year when Jumble Station gets the space promised to display its crafts and collectibles at the JayaOne shopping mall. 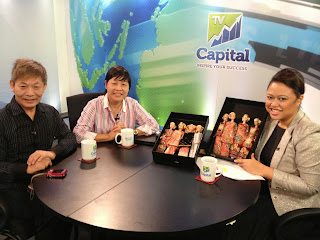 fascinated by
Posted by Jumble Station at 9:39 PM No comments: 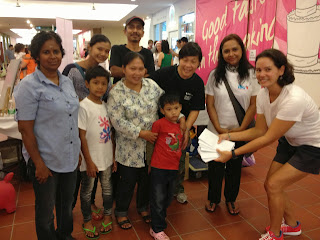 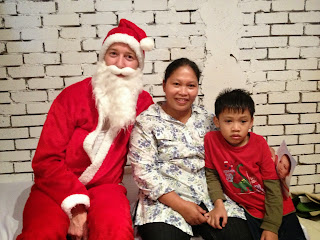 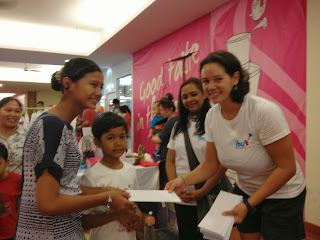 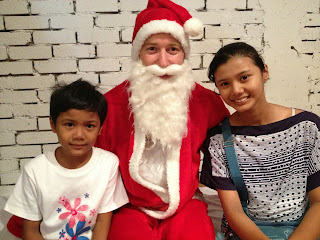 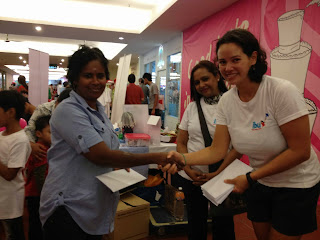 Jumble Station received a helping hand during the weekend with the donation of RM640 worth of Tesco shopping vouchers for its planned Back To School programme on Dec 14. IBU which is the support and play group for mums and their kids, wanted to do their bit for the single mums and single dads under our care and the shopping vouchers will certainly come in very useful to offset the high cost of purchasing items for their children in preparation for next year’s school term.

Each single parent will be given RM150 shopping voucher per child to enable them to purchase two sets of uniforms, a pair of school shoes and school bag. Last year, JS discovered that the RM100 given to the hard core poor single parents was barely enough to cover the purchase of uniforms and shoes and now with the increase in the cost of school related items, it was felt that RM150 per child is a more realistic figure indeed.

JS had been invited by the IBU Group to participate in its year end Christmas Bazaar at Chitta Mall, last Sunday and we were happy to bring along some of our single parents and their kids for this special event. IBU Group’s chief Pippa and community affairs co-ordinator Nazia were present to hand over the vouchers to single dad Hasrun, single mum Jajah and Sumathi as well as kids Farah Nisha and Farah Diana and little Nasir.

What was also nice was that at the end of the Bazaar’s sale, some of the unsold items were handed over to JS as part of IBU’s donation and several of the items proved really useful for some of our single parents. Little Nasir for instance was gleeful with the small skateboard he saw among the pile of items while Sumathi took several toys for her toy happy little boys. Lori driver Yun took a couple of boy centric board games for his three boys while Farah Nisha and her sister Farah Diana were delighted with story books and little bags. For the IBU Group, we at JS say “Terima Kasih” for thinking of our single parents in their year-end hour of need.

Posted by Jumble Station at 1:44 AM No comments: 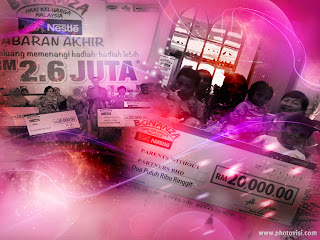 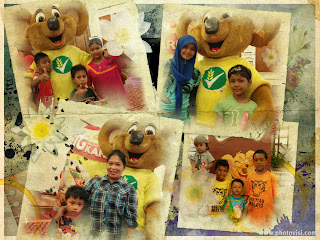 Nestle Malaysia had invited Parents Without Partners Bhd (PWP) to bring our single parent kids to its 101 Family Day event which was held this year at the Marriot Hotel in Putrajaya in conjunction with the finals of its Bonanza Competition.Some 14 children from poor families and poor single parents eventually turned up at sharp 12noon at Jumble Station and accompanied by 3 adults, we drove off in a van and a car.

On arrival at the hotel, the kids were excited to discover that they could have their fill of eating any of the varities of Nestle products that were being offered in the various kiosks there in the main ballroom.

From ice-cream to koko crunch, from drinks to coffee and yoghurt to Maggi mee, everything was a blissful treat to the hungry kids. Then, when the gigantic sized Koko Crunch bear came around, all the kids wanted to have their photos taken with him, from tiny little Asraf to big mummy Jajah and her son Nasir!

However, the real surprise was what happened just after the VIP speeches – each charity organization that turned up for the event was presented with a RM20,000 donation from Nestle as part of the company’s promise to give RM1 to charity for every entry form it receives for this particular competition.

In the event, some 800,000 entry forms were received and the monies raised went to the 27 charity organizations that had turned up for the event as well as the Ministry of Family and Women to aid the poor. Mind you, we weren’t told about this donation when we received and accepted the invite but Nestle sure knows how to reward in a surprising way indeed

Posted by Jumble Station at 1:26 AM No comments:

JS featured in the Weekend Mail 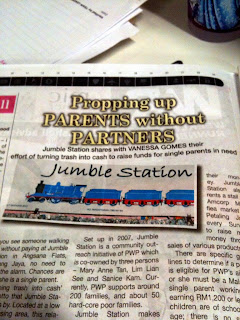 Jumble Station was featured in this Friday’s Weekend Mail by the Malay Mail reporter Vanessa Gomes and it gives a pretty concise view of what we’re all about and what we’re doing to help poor single parents in the region. The first inkling about this report came from an SMS from one of our customers at Amcorp Mall, followed soon after by a couple of readers who wanted to know more about what we really wanted and how to get the items to us.

There was also a call from a reader who probed a little deeper into whether or not PWP/JS is a genuine charity and whether or not the monies raised will go to the intended target. Having reassured the caller that the 3 co-founders do not take a salary because they have their own source of income – Lim Lian See from her hair-salon, Sanice Kam from her kindergarten and Mary Anne from the rentals from her property investments – and that we do this from a passionate desire to assist this often overlooked group compared to orphans and the disabled or even the elderly – the caller promised to search her home for items that will be of interest to our cause. How lovely and timely indeed!
Posted by Jumble Station at 3:01 AM No comments:

The awesome power of women! 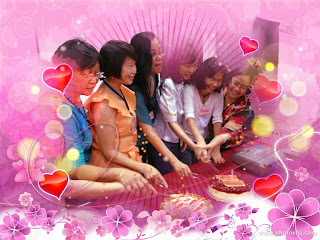 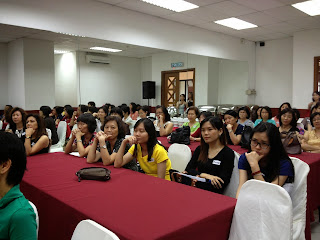 Women are usually deemed to be the weaker lot but many a time, it is the women who can bring about a tremendous change in this troubled world of ours. Recently some 50 women met at the Bukit Kiara Selangor Club for a ladies gathering and to celebrate the 11years of how God used a few dedicated women to do a major good for the poor in the region.

While toasting the 11th year blessings of God, the ladies of TDDI church led by Bee Lian also made it a point to invite Jumble Station co-founder Mary Anne to share how they can continue to be the catalyst for good among the poor single parents and those still mired in poverty.

She also shared on how God’s plan will always triumph over man’s plots especially when one works and moves in faith and total trust. She shared how a resident committee member’s devious plan to oust JS from the Jati condo where we were renting storage space or alternatively to double the rental of the store was foiled when 7 of the 8 team members voted not kick out JS nor to raise the rent after watching a presentation of how JS truly helps poor families and single parents in the neighbourhood and within the Jati area itself.

For the women of TDDI church we appreciate your resolute efforts to bring joy to deprived lives, hope to the fearful and love to those ignored by others. To all women involved in changing lives for the better – JS salutes you!

Posted by Jumble Station at 1:18 PM No comments: