Reading Station (RS) offers an opportunity for volunteers and children from different background, to encourage, bond, spending quality time and teaches values.
Lynette is one of our volunteer with RS for about a couple of months and has spent time with RS children, on most Sundays. Lynette shared her experience, with RS children.

“I was surprised that they don’t know simple word (in English), and very timid at first. A handful of them are more eager to improve and with encouragement there is improvement. I like seeing them improving”.  She also added that “arts and crafts is an activity that they enjoy”. She also shared “RS is an avenue for the children to practice and improve.”

Children from RS truly enjoy the opportunity given to them and they do their best as they can. When asked one of the children form RS, Arif age 12, about his experience with RS, he said “hashtag saya suka!” (hashtag I like!). Another child Siti Aminah age 10 said, “saya suka” (I like), and Nasrul (10) and Aaron (11) shared “rasa happy” (feel happy) :D.

Besides reading to them and cultivating the habit of reading, spending time with these children brings joy and creates a special bond. They feel important, motivated and happy. Every Sunday they always look forward for volunteers to meet them, share and have fun!

Come and join us! :D 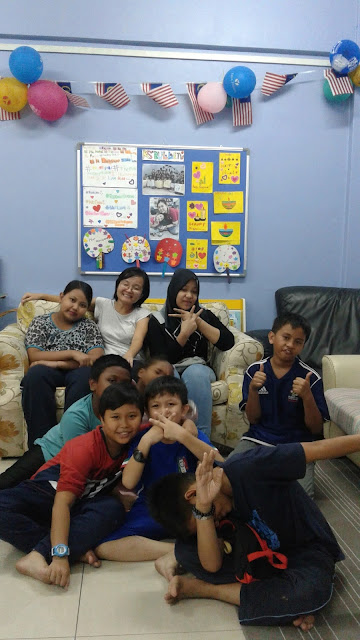 Posted by Jumble Station at 10:46 AM No comments:

Parents Without Partners /Jumble Station celebrated Merdeka organised by, MY Classic Cars. This year is MY Classic Cars 13th Merdeka Charity Drive and has invited children from NGO and children homes such as Lighthouse Homes, Pusat Penjagaan Kanak-kanak Taman Megah and others, to take part in this memorable event.

The organiser, classic car owners and guests, gathered at Spastic Children Association of Selangor and Federal Territory as early as 8 in the morning for registration and distribution of our national flags. While the children waiting obediently and excitedly to hop in the cars, the host carefully gave safety instruction and guidance on the route to all car owners, to make sure a safe journey and fun for all at the same time.

The journey for the car ride started from gathering point to padang SS15/2E and SS15/3E, Subang Jaya. Approximately 10am everyone arrived at this destination safely. Children seated for a light breakfast served with a plate of local pastries, bandung drink, choice of a box of nasi lemak or fried bee hoon.

They were also entertained with fun activities such as, balloon sculpturing, painting the clown faces, dancing and performance from Malaysia's Michael Jackson! Several children went up the stage to take part in dancing and many adults joined in the fun too. Even PWP’s Co-founder, Lim Lian See jived to the song called ‘Jail Break’ by Elvis with the children! Soon after, everyone adjourned to a group photo session.

After which, we set of in cars to Lake View Club, Subang for lunch. The organizer and host Mr. Michael Sundram and distinguished guests Datin Khatijah from Jabatan Kebajikan, and also YB Hannah Yeoh, gave their speech and honored everyone including the children.

Later there was a cheque presentation, presented to each NGO and chilrend's home by YB Hannah Yeoh. On behalf of PWP, Co-founder, Lim Lian See received donation by cheque, amount RM4200.00, for PWP cause. Later every child received a cash ang pow from YB Hannah Yeoh as a token of a blessing. The organizer distributed 2 goodie bags for each child containing snacks, stationery items and toiletry products.

When asked Zachariah (9) and Daniel (9), as this is their first time joining PWP’s event and riding in classic car about this event, they said excitedly, “saya mahu datang lagi untuk hari lain. Boleh kah?” “I want to come again on a another day, can?”. Astalectumi, daughter to a single mother, said with happiness in her eyes, “sangat suka dan gembira! Saya mahu datang lagi!” “I like it and happy! I want to come again!”. Co-Founder Lim Lian See also shared, “A meaningful Merdeka day to have all the children coming together and having fun!”

Indeed memorable Merdeka Ride and a wonderful blessings for all! 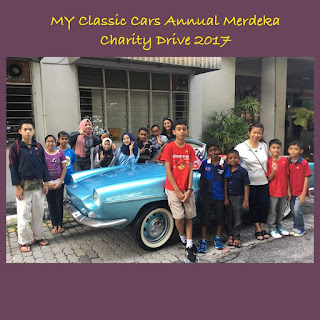 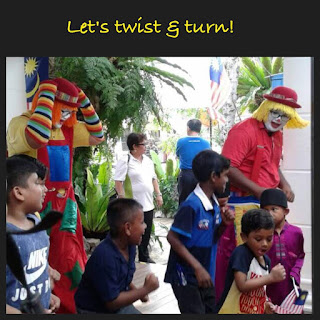 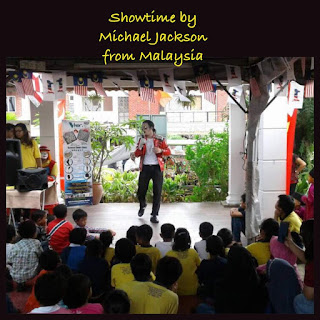 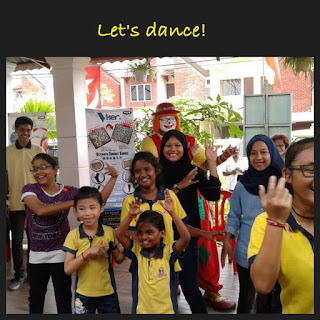 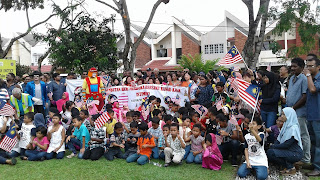 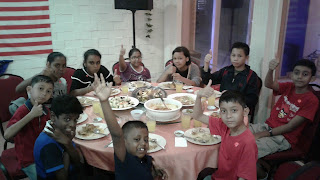 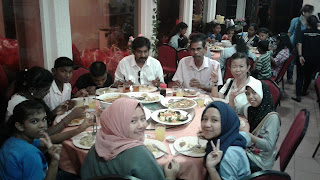 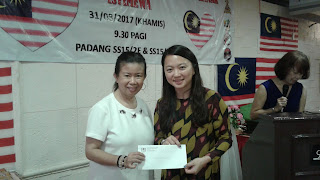 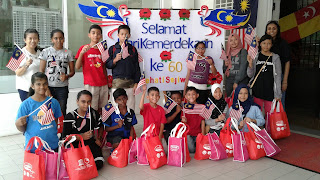 Posted by Jumble Station at 2:07 PM No comments: