Merdeka  Vintage Car Ride
Car rides are always a hit with young children and the Merdeka Vintage Car ride on August 31st this year was no exception. Several single parent’s children and children from various orphanages were given an opportunity to participate in a vintage car ride. Michael, a former policeman roped in several vintage car owners to offer a ride to the children starting at  the Spastic Centre in, Petaling Jaya on to Taman Permainan SS15/2E before  ending at Lake View Subang Jaya.

At the meeting point in the Spastic Centre grounds, the children went through the registration process and each child was given a handheld Malaysia’s flag to wave. Happy yet, nervous and anxious, the children were keen to get going even though there were less cars compared to the year before. Many had hoped they would get a chance to ride on some of the bigger motorbikes, but this was not allowed for safety reasons.

The children were all seated in their respective cars, and the ride kicked off at 10am to Taman Permainan SS15/2E where they were given refreshments, “kuih” and drinks. The children were then grouped in to smaller teams for outdoors activities. It wasn’t  Pokemon Go but simple games such as tossing candies in the pail, running in two’s with a balloon behind their back etc.

This was followed by simple aerobic exercises, conducted by Taylors University Students. The students started off with cheers of Merdeka! Merdeka! Merdeka! and Malaysia Boleh! before proceeding to a dance called “Char Kuey Teow, Roti Canai and Teh Tarik”, topped off by ever popular A.R Rahman’s number “Jai Ho”.

The children then took the ride to Lake View Subang Jayawhere they shared tables with children from other homes and sang out loud the song made popular by Sudirman, “Tanggal 31” followed by “Jalur Gemilang”.  YB  Hannah Yeoh was there to join in the singing  and  hand over a cheque donation to the various homes as well.

Parents without Partner’s  was among the charities presented with the RM2,500 cheque and Social Coordinator Jayapratha accepted the cheque on behalf of PWP. The donation will be used to aid our single parents in time of need and is greatly appreciated especially in these very trying economic times indeed. 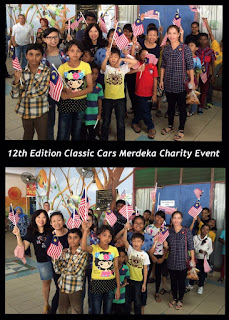 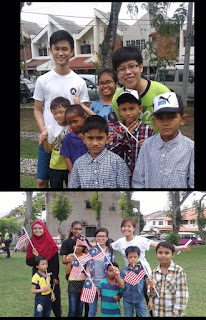 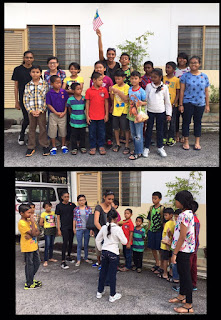 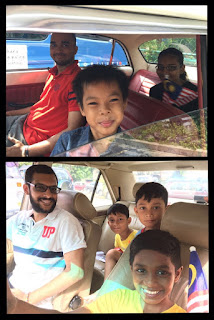 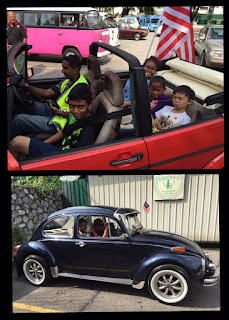 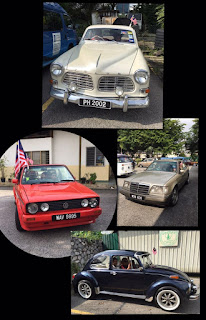 Posted by Jumble Station at 6:12 PM No comments:

Time Out To Agro Park, Senawang

Parents Without Partners Bhd’s single parents children and underprivileged children from Trinity Homes, Petaling Jaya  was able to enjoy a trip to Starfresh Agro Park, at  Senawang, Negeri Sembilan thanks to Kiwanis Bandaraya, that sponsored the trip.

Starfresh Agro Park founder,  Alex gave a short introduction of the company and the park during a tour of the place.

The children were introduced to  local fruit trees, including star fruit, durian, ‘duku langsat’, rambutan and many more. The beauty of the tour to the orchard was the fact that, the children were able to harvest the fruit themselves and eat them! Many were ecstatic never having done it before. 11 year old, Hanuthasan gathered a few duku langsat and carefully wrapped it in his handkerchief as a gift to his mom for when he returns home.  He was happy he could pluck them from the tree himself.  Sadly, many of the fruit trees were not in season including the durians and the rambutans but the kids still had a fun time with a jam making session.

It was the children’s first effort ever making their very own fruit jam! And what’s more it was also Agro Fresh’s first effort at making jam from star fruit! Guided by their group leaders, each child learnt the art of jam making from the washing of the fruits to slicing and dicing it, blending them, cooking and mixing them with sugar before pouring the finished gooey stuff into a jam jar. Little did they know that, at the end of the session, they were actually allowed to take a bottle of jam home!  Single father’s son, 11 year old, Jack Justin Tan said this was his first time making jam and he really enjoyed the experience very much.

Famished after the tiring walk in the orchard and jam making activity, it was time for a buffet lunch. The children were so hungry they opted for a second serving of the delicious lunch.
Lunch over, it was paint ball target shooting time! The tour guide shared safety tips, and information on how to handle the paint ball guns. Each child was given 20 pieces of paint ball pellets, placed in the paint ball gun by the guide and given clear instructions on how to aim and shoot the target. The target in this case were aluminium cans tied to strings hanging from a steel bar. Muhammad Iqram, 9 years, was truly having a ball and scored by hitting 3 cans! Like Iqram, the other children had a whale of a time with the paint ball guns!

Topping off the day’s event was what most rural children loved the most, swimming in a real river! The children could be seen laughing and giggling, busily splashing water and some swimming happily up and down the river itself. Having spent around 45 minutes in the stream, they were mighty reluctant to quit swimming begging for “another 5 more minutes, please”. The outing was a huge success, offering a great opportunity to bond with nature, it was indeed a time of fun, fun, fun and will hopefully add to the many sweet childhood memories of being one with nature. 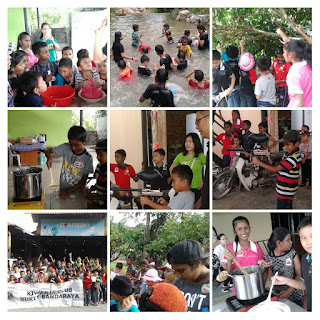 Posted by Jumble Station at 5:59 PM No comments: