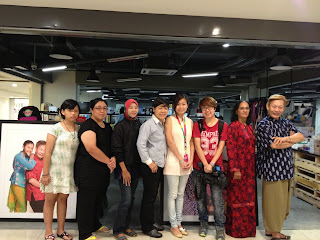 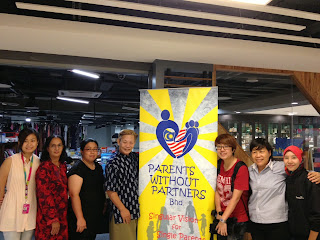 Astro Chinese discovered that PWP/Jumble Station is now at Jaya One (The School, Level P1, Recycle Centre) and chose to film us in action. Chinese News programme hostess Yvette came with her camerawoman and was able to filmthe lovely items currently on display in the glass cabinets as well as the profusion of interesting and colourful items on the wooden racks that took centre space at the Recycle Centre on Level P1. They were also able to do live interviews of single parents Annie and her daughter Kelly, Adrian Ong, single dad of Nisha, single mum Ann, co-founder Mary Anne and several customers to get a feel of what it is like to have a charity shop and urging the public to assist poor single parents with their donated items. They chose to zero in on the up-cycling aspects where Adrian utilized the Barbie dolls donated to PWP to dress them in specially designed Malay traditional costumes and the dolls are now on sale at Jaya One. They later drove over to Subang Jaya to film how JS is able to impact the lives of the poorer folks at Angsana Flats in USJ1. The crew came away impressed with the simple manner of how PWP and JS can use its recycling and up-cycling efforts to assist both the poor single parents and poor families in the Klang Valley region. Those who want to donate items can call or SMS Mary Anne at 016-2202958 for more information.
Posted by Jumble Station at 1:49 AM No comments: