Volunteers needed to share your love of the English language and the joy of reading stories to poor kids within the poor communities of Subang Jaya. Do you have a skill in art, music, skits or drama, we welcome you to share your skills, to coach, to mentor young lives to improve and better their lives. We have the place for you to reach out and inspire young lives at Reading Station, USJ1 Subang Jaya. Call...if you care to partner us in making a big difference in the lives of poor youngsters.
Contact Jaya.B for details at 019 - 233 1730 (9am - 5pm) or email : jayapratha.batumalai@gmail.com
Posted by Jumble Station at 3:23 PM No comments:

Rockwills rock with timely donation
Rockwills Corporation Sdn Bhd has a singular focus on folks being properly prepared for any dire eventuality in terms of the proper handling of their monies, assets and their last wishes. Yet when it comes to charity, this esteemed organisation has zeroed in on the here and now and Parents Without Partners Bhd (PWP) was recently the focus of its attention.

Realising that single parents in Malaysia do need a helping hand now and not tomorrow, the group got together its vast teams of supporters and during a blood donation drive in conjunction with its anniversary celebration last year, they decided to do their bit to make life better for poor single parents under the care of PWP. Like PWP’s fundraising arm Jumble Station, Rockwills got its members to bring their unwanted stuff during the blood donation drive in late 2015 and the response to the donation drive was overwhelming, they opted to do it again during the Lunar New Year 2016, resulting in unprecedented sales of most the items that had been donated.

When asked what inspired Rockwills to come alongside PWP and Jumble Station to assist poor single parents, the Assistant Manager Tan shared the fact that the CEO is himself a single parent and could easily relate to the difficulties faced in bringing up children in these trying times. They also felt that there is a need to help poor single parents because the stereotyped thinking is that single parents can still survive on one income but the reality is totally different in view of the rising costs of living.

“The team felt that there was a need to create more awareness of PWP’s cause especially considering PWP extends its help to all races and there are single parents who genuinely are in need of help, Tan said.

Low himself said Rockwills will continue this donation drive with PWP from time to time by selling used items donated by its agents and contacts and donating the money to fund PWP’s worthwhile cause. “Certainly Rockwills looks forward to working with hand in hand with PWP for a cause that is meeting this special community so well,” he said.

On PWP’s part, the cash donation will be utilised to meet single parents’ more dire needs, such as paying their overdue rental payments, school transport fees or medical needs. Funds will also be utilised to buy computers, simple musical instruments, teaching equipment for school holidays classes etc for its newly launched Reading Station which aims to introduce English to the poor children in USJ1 Subang Jaya. 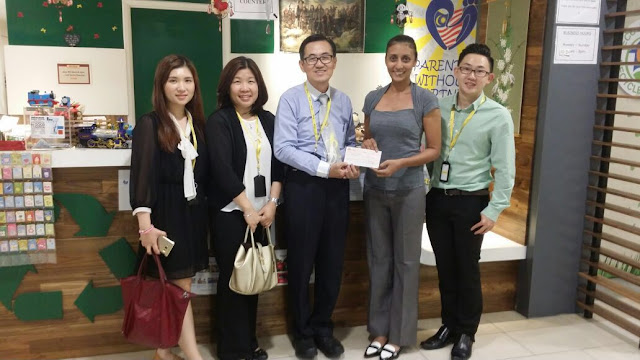 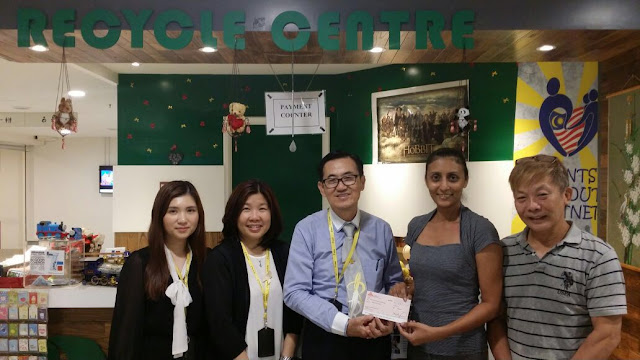 Posted by Jumble Station at 3:09 PM No comments:

Esther Punitha Subramaniam, 28 a single mother of 3 from Mantin Negri Semiblan has only known pain and rejection during her stormy relationship with her extremely abusive husband, Siva. Yet she was determined to be a good mother to Puvaneswari, 11yrs, Dinesh 10yrs and Abraham 2yrs old even as she struggled with her job as cleaner at KLIA, that brought in only a pitiful RM900 a month which was barely enough to keep the family alive.

Her dire situation eased a little when her husband suddenly abandoned the family and disappeared from their lives. Still the worry over his strange disappearance added to her stress and Esther found herself battling financial and psychological worries while trying her best to keep her children safe and well fed.
Being uneducated, she found it extremely difficult and eventually her debts increased. First off was the rental, finding RM500 a month to pay for the three bedroom flat in Mantin was not easy, finding the money to pay the children’s school fees, buying petrol for her motorbike and not forgetting having enough cash left over to feed the ever hungry mouths.
Esther’s struggle to pay her rent and school fees drew the attention of her church pastor who stepped in to help out while PWP chipped in with monthly groceries and additional cash donation monthly to make life a little easier for this plucky single mum. She is also trying her hand at starting her own small food business to generate the funds she needs each month and PWP hopes to guide and assist her in making a success of this fledgling business. 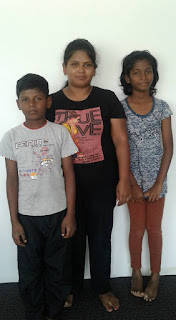 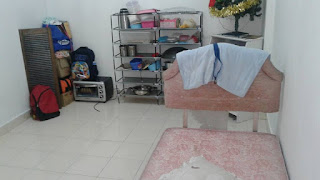 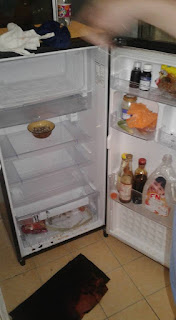 Posted by Jumble Station at 12:01 PM No comments:

JS had a Chinese New Year dinner at Shogun Japanese Restaurant located in Sunway Pyramid for its staffs on 18th February 2016 with an attendance of 11 people.
Present for the dinner were our Co-Founders, Sanice and Lian See, Operation Manager , Adrian Ong, Social Coordinator , Jayapratha B. with her 3 kids, and staffs Yun, Mala, Sue, and Ann. Most of them were in red a outfit that goes along with the occasion.
We started off with the buffet dinner, and then followed by tossing “Yee Sang”! Some cheered blessings and some well wishes for JS. There were varieties of food choices on the buffet table, including local cuisines as well, such as lamb, prawns, some were baked and some stir fried, sushi’s soups , etc.. there were so much food.

One of the staffs, Yun, was happy that the dinner was in Shogun as it offers buffet style dinner.
We had a great sumptuous dinner and a memorable bonding time. Sanice our Co-Founder gathered us around the table and shared her thoughts on JS and the current economy which is impacting every sector, and how we in JS are blessed to be able to pull through this difficult and tough times. Sanice gave angpows to everyone and all were thankful to receive it. We are indeed the Muhibah Family of Jumble Station. 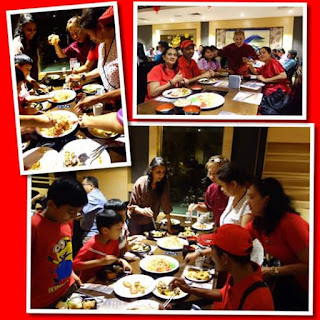 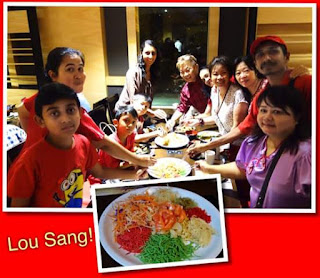 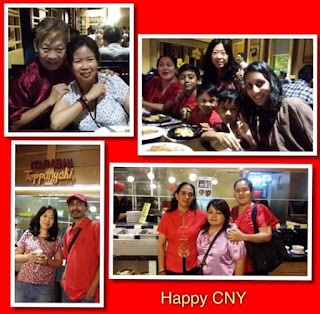 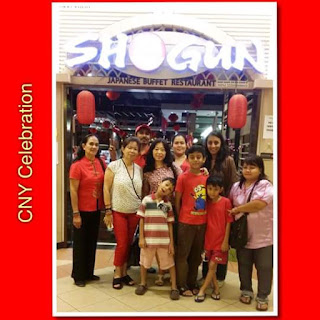 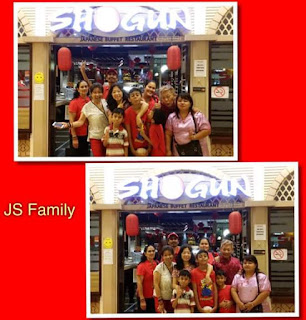 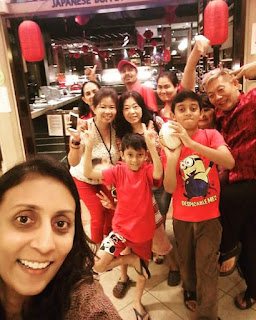 Posted by Jumble Station at 3:07 PM No comments: